In the beginning, all skis were custom-made. Skis used for winter transportation, for cross-country racing and jumping, were carved by hand, from a single plank of wood, by the skier or a family member — perhaps by a neighboring expert carpenter. An experienced ski-maker knew how to tailor the ski’s camber and flex to the weight and strength of the skier who would use it. Skis, the ski maker and their use all had a purpose. 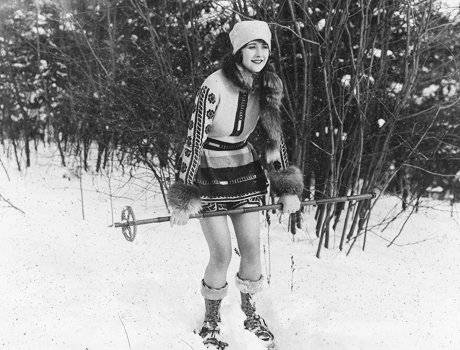 In 1882 the first mass-production ski factory opened in Norway, and skiers began to buy standard-design products. That design would change little for nearly fifty years.

In 1928, the Austrian mountaineer Felix Leitner invented the steel edge; the following year, Swiss racer Guido Reuge fastened his heel down with a cable. Thanks to these pioneers, the specialized alpine ski was born. In 1932, Jorgen Aaland in Seattle and Bjorn Ullevoldsaetter in Oslo separately invented the three-layer laminated ski, with a tough hickory base and top, and a core of lighter, softer wood. All three innovations — steel edge, fixed heel binding and laminated construction — were universally accepted by the 1936 Winter Olympics, the first to feature the alpine events slalom and downhill. Norway’s Birger Ruud, winner of the gold medal in jumping, won both the alpine downhill and the combined alpine gold (there was just one medal in alpine skiing that year, based on combined finishes in downhill and slalom) — and legend has it he used one pair of skis for both jumping and downhill.

After World War II, a number of engineers leaving the airplane business built prototype skis from aircraft aluminum. Howard Head was the most successful of these and is generally credited as the inventor of metal skis. The aluminum “sandwich” ski, built on a laminated wood core, proved great for powder skiing and downhill racing — fast, stable and fluid in difficult terrain — especially after the introduction of P-tex which made waxing bases much simpler.

By 1960, ski makers began experimenting with fiberglass, borrowed from both the aircraft and boating industries, for better slalom racing skis. After 1964, no one would think of taking the once innovative all-wood ski onto a race course or into the backcountry.

Over this period of time, the actual shape of the ski hardly changed. The basic Norwegian shape — about 205cm long, with a gentle camber and sidecut dimensions of about 85mm (tip), 68mm (waist) and 75mm (tail) was considered “standard.” Why? Top racers didn’t want to change what worked for them, and everyone else imitated the top racers.Text 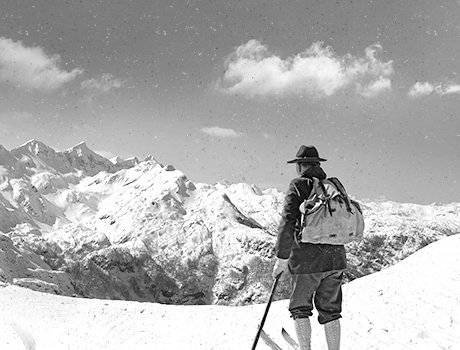 The design freeze broke in 1988, when the first superfat powder skis reached the market. In 1991, a few clever innovators (at Elan, S-Ski and Kneissl) made skis with very deep sidecuts — about 100-65-90mm — and launched the “shaped ski” revolution. In 2001, extreme-skiing badass Shane McConkey, after experimenting with water skis on snow, talked Volant in to building skis with reverse camber (“rocker”).

Nowadays, factory-built skis come in all kinds of shapes, sizes and camber configurations. There’s no longer a “standard.” In 2006, Pete Wagner returned ski-making craftsmanship to its roots, devising the Skier DNA program to tailor skis for each individual skier. Wagner Custom guides skiers through its proprietary fitting system and determines the skier’s optimal design based on ski length, width, sidecut radius, tip/tail shapes, camber/rocker, materials, stiffness, and flex pattern. In the next installment of this series, we’ll examine these ski design variables and what they mean when picking the right ski for you.